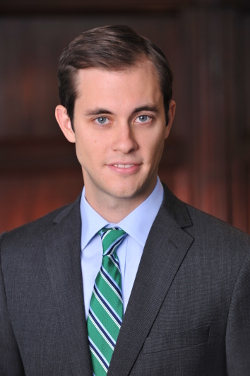 Associate Attorney
Tim Kingsbury is an associate at Humphrey, Farrington & McClain. He earned his law degree from the University of Missouri School of Law in 2012. Prior to attending law school, Tim earned a bachelor’s degree in biology from the University of Missouri. As a member of the firm’s personal injury practice group, Tim has represented plaintiffs in a variety of actions including products liability, motor vehicle, asbestos, consumer fraud and toxic exposure cases. Tim also plays an active role in the firm’s sports litigation practice focusing on improper stadium security cases and brain-related injury cases.

Since beginning at the firm in 2012, Tim has obtained significant trial experience and has assisted in obtaining favorable settlements and jury verdicts. For example, in 2014, Tim assisted in obtaining a $545,000 jury verdict in a trucking accident case, Hartzler v. Big K Enterprises. In addition, in 2015, Tim played a vital role in the Randall v. Kansas City trial in which a Missouri jury awarded $499,080 to his client relating to back injuries from a motorcycle accident.