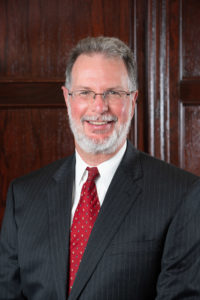 Shareholder Attorney
Scott A. Britton-Mehlisch is a shareholder at Humphrey, Farrington & McClain, P.C. Since joining the law firm as a law clerk in 1987, his practice has been focused exclusively on representing plaintiffs. He has extensive trial experience, having been involved in every major litigation verdict for the firm in the last twenty-five years as both an associate and shareholder with cases as varied as toxic building contamination and asbestos, tobacco, and butter flavoring personal injury. Scott’s trial work in Missouri was recognized by Missouri Lawyer’s Weekly’s in 2014 with the publication’s award for the Largest Plaintiff’s Verdict and in 2017 for the Top Plaintiff’s Verdict.

A Michigan native, Scott grew up in a family of medical professionals. His father was a public health professor and his wife is a family practice physician. That background has helped lay the foundation for Scott’s work as a plaintiff’s attorney specializing in toxic tort and asbestos litigation.

Scott is a member of several legal profession organizations. A past graduate of the Independence Chamber of Commerce’s LEAD program, he is currently a board member and treasurer of the Community of Christ Historic Sites Foundation. He is a past board member of the Independence YMCA, the Jackson County Interagency Council and Assistance International, an international aid organization. An avid canoer, kayaker and environmentalist, Scott enjoys traveling and being outdoors with his wife and two college age daughters.